What started out as best laid plans ended up as a bit of a holy stuff up... literally. We had booked accommodation and bus tickets down the coast to Algeciras where it was going to be a small hop across the water to Morocco. 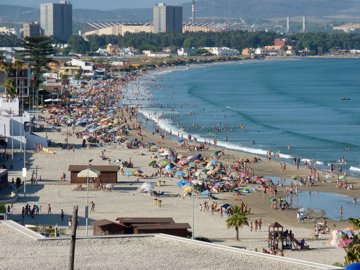 We were then planning a couple of weeks down there but at the last moment we were told it was going to be Ramadan for a month while we would be there. Normally something like that wouldn't bother us but the facts soon added up to a decision that ultimately made us turn around. We were advised by a very reliable source ( Moroccan barman at Nerja) that most of the shops and bars/coffee houses and restaurants would be closed during sunlight hours and since it doesn't get dark until 10pm, life can be pretty dreary for a normally otherwise vibrant place. I know purists might say we have taken the weak option but we said at the start we were touring for a good time and not seeing a country at its best may have tainted our spirits for another visit... so next time it is. Our first impressions of Algeciras were not that flattering. the only thing that made it better for us was the hotel we stayed in had the best shower in the world and we had a great view of Gibraltar off the patio. 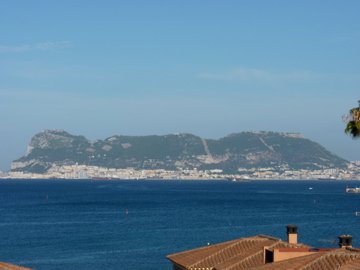 The trip wasn't wasted as we wanted to see the rock anyway.

Gibraltar was probably what I was expecting in regards to a British outpost. The buildings and streets are similar to old England but naturally with a Spanish tilt. The locals look Spanish but speak a pidgeon English that is apparently all their own. The tourism industry seems to be the thing that keeps them going with 200 cruise liners coming to shore every year and the day we visited it felt like every one of them was there that day. 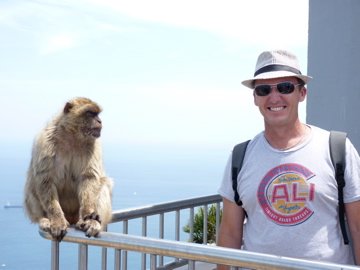 Funny thing, found myself whinging like mad as soon as i stepped foot on the place...Can't figure out why? For me the best thing about Gibraltar was the views from the top of the rock and the monkeys. 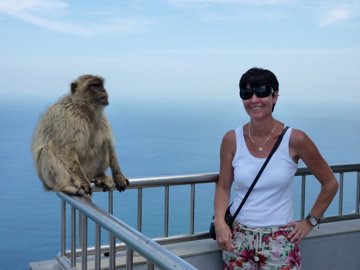 Individual monkeys are well known to staff and although not vicious they look the part. All in all not a bad day but it was too hot, too many people, bag was too heavy etc etc etc.... Andiamo 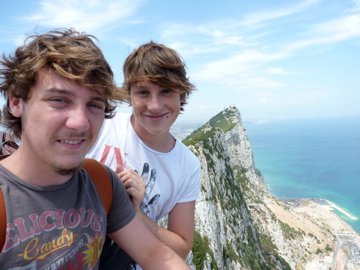 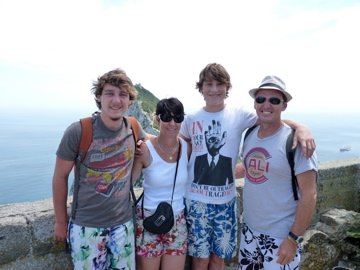 Previous Next Table of contents

Two-thirds of the way there, and still going strong: what Trojans you lot are. Might take a long time to debrief you all on your return, but we won't talk about that!
Love to all, and thinking of you a lot. Mum and Stan.

Comments on this blog entry are now closed to non-Travellerspoint members. You can still leave a comment if you are a member of Travellerspoint.

If you aren't a member of Travellerspoint yet, you can join for free.